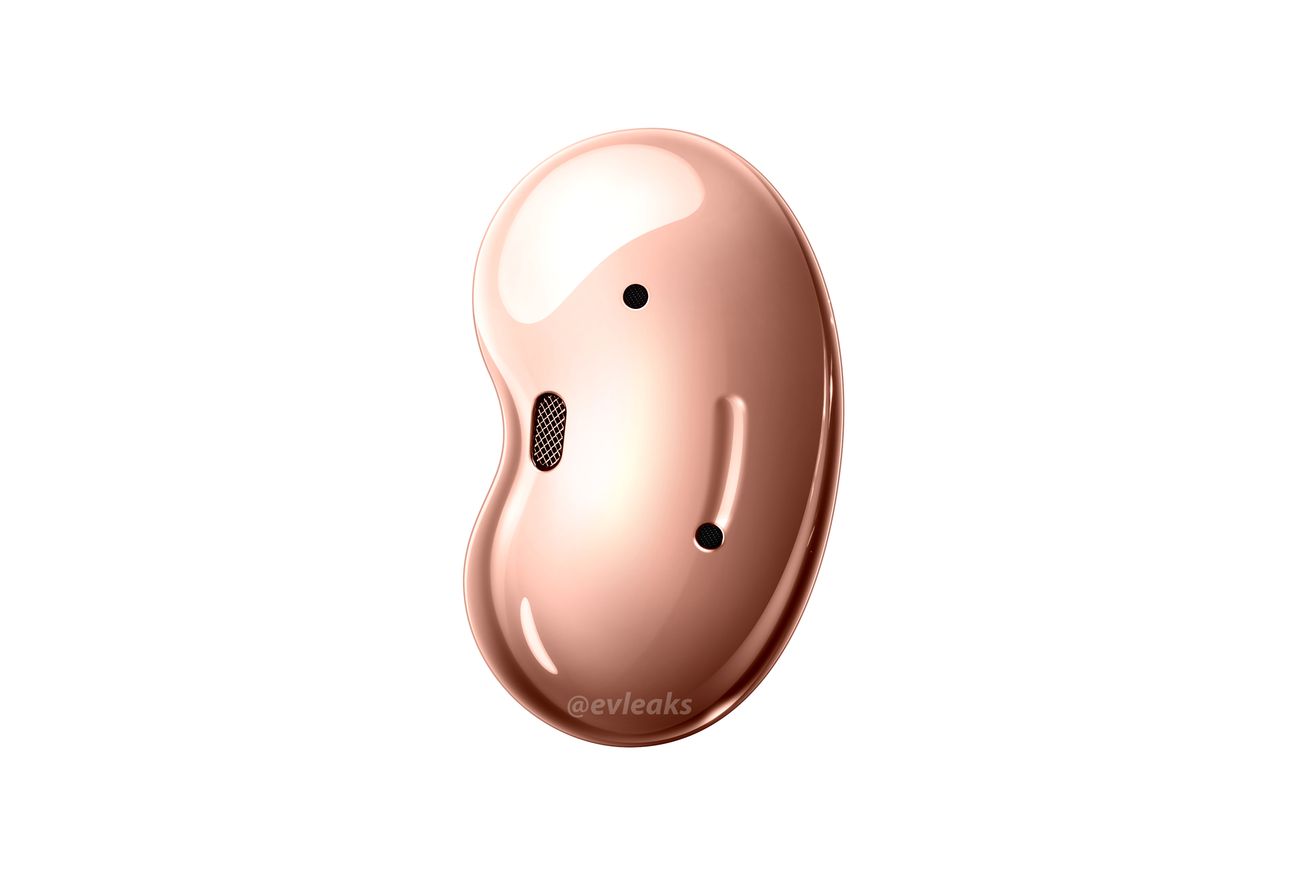 Samsung’s upcoming bean-shaped earbuds have leaked again in a series of new images that also include its charging case for the first time. The images were initially leaked by Evan Blass, before being republished by 9to5Google. As well as giving us our best look yet at the earbuds’ charging case and bronze color scheme, Blass also suggests that the earbuds will be called the Galaxy Buds Live, rather than the “Galaxy Beans.”

Although these are set to be Samsung’s second pair of true wireless earbuds this year, they’re a significant departure from the Galaxy Buds Plus. What’s notable about the design of the Galaxy Buds Live is that they don’t appear to have a silicon ear tip that sits in your ear canal while you wear them. Instead, there’s just a bean-shaped earbud that you wear in the outer part of your ear.

The charging case, which wasn’t included in a previous leak from WinFuture, is similar to what we’ve seen with other true wireless headphones. There’s no recessed section for the non-existent ear-tips to slot into, but otherwise we can see a typical set of charging pins.

A final note is that the images appear to show that the earbuds have a pair of microphones on the outside, as well as what 9to5Google calls a “vent-like speaker.” These microphones are likely to be used for taking calls, and may also play a part in the active-noise cancellation that Gizmodo UK has reported that these earbuds will support.

Alongside these images of Samsung’s upcoming true wireless earbuds, Blass has also posted new images of the Galaxy Tab S7. The images, which were later republished by SamMobile, show a tablet with a similar design to the Galaxy Tab S6. It will reportedly be powered by a Snapdragon 865 Plus chipset, and will have an in-display fingerprint sensor.

We shouldn’t have long to wait to find out if these rumors are accurate. The earbuds and tablet are expected to be unveiled in August, where they’ll likely appear alongside the Galaxy Note 20.