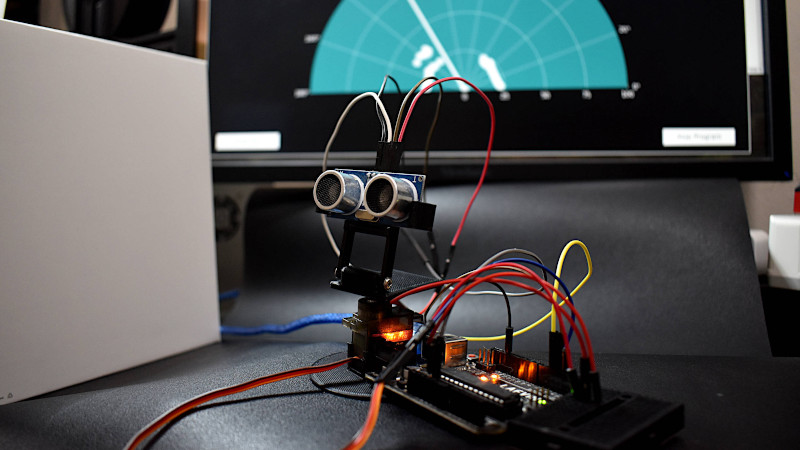 Radars are simply cool, and their portrayal in movies and TV has a lot to do with that. You get a sweet glowing screen that shows you where the bad guys are, and a visual representation of your missiles on their way to blow them up. Sadly, or perhaps thankfully, day to day life for most of us is a little less exhilarating. We can make do with a facsimile of the experience instead.

The project consists of an Arduino Uno outfitted with an ultrasound module that can do basic range measurements on the order of tens of centimeters. The module is then placed on a servo and scanned through a 180 degree rotation. This data is passed back to a computer running a Python application, which plots the results on a Plan Position Indicator, or PPI – the sweeping display we’re all so familiar with.

While it’s unlikely you’ll be using such a setup to engage bandits, it could prove as a useful module for robot navigation or similar applications. We’ve seen ultrasonic transducers used for exactly that. Video after the break.