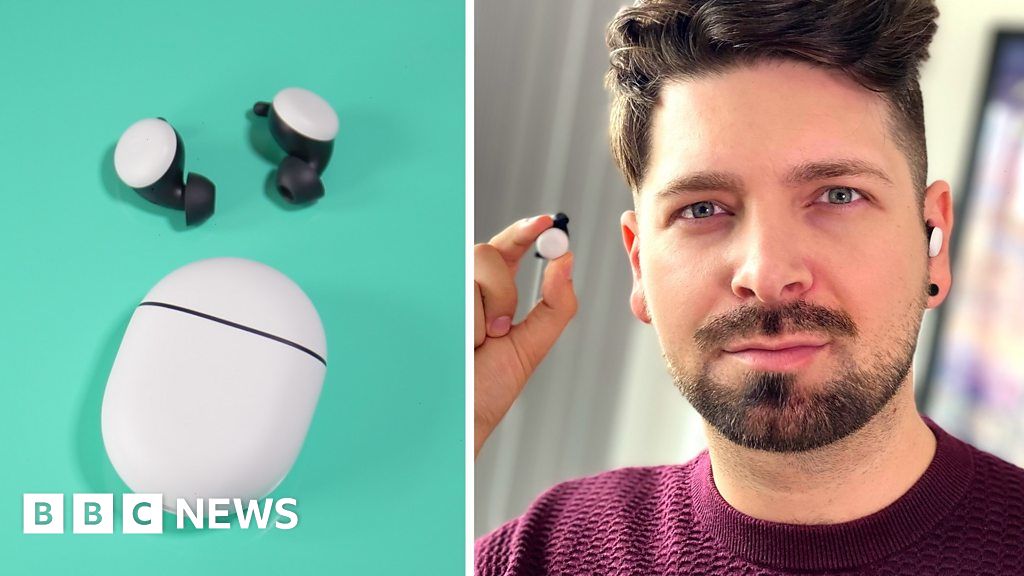 Google has released its Pixel Buds headphones in the UK with an unfixed flaw.

When the Pixel Buds were released in the US in April, some people complained that they could hear a persistent “hissing” sound when the earbuds were used to play music.

The high-frequency noise appears to be outside the range of hearing for some wearers, so not everybody can hear it.

Google told the BBC that instances of distortion were “very rare” and it hoped to fix the issue in a future software update.

BBC Click’s Chris Fox was putting the Google Pixel buds to the test – along with the Apple AirPods Pro and Sony WF-1000XM3 earbuds – when he noticed the Pixel Buds “hissing”.