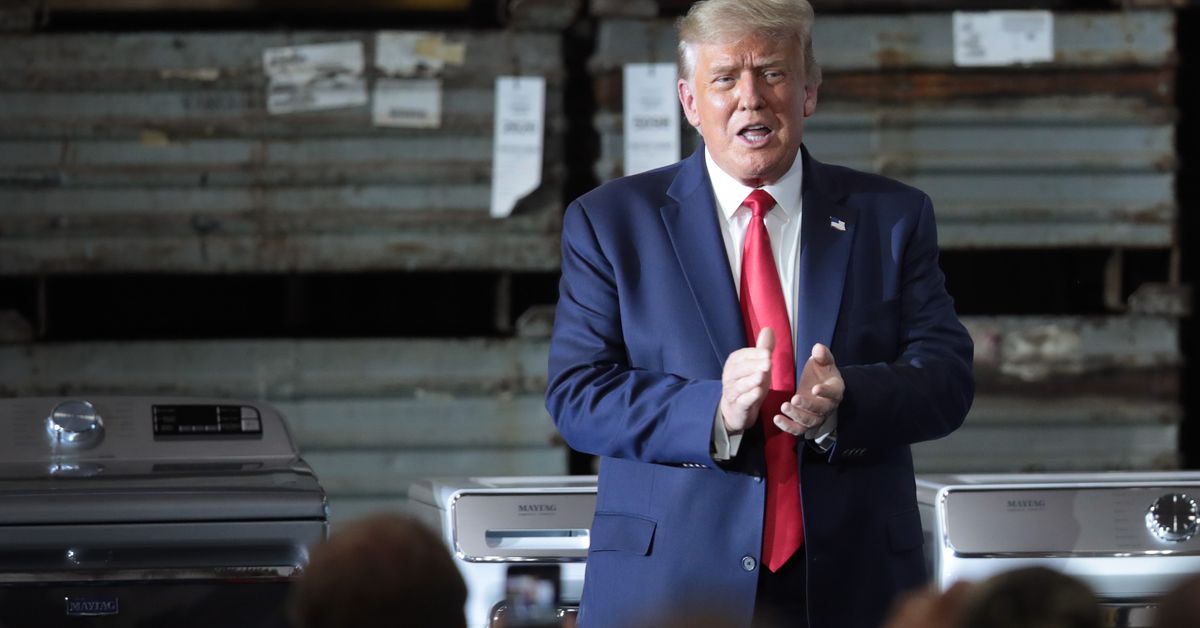 President Trump has signed a new executive order which will block all transactions with Bytedance, TikTok’s parent corporation, in an effort to “address the national emergency with respect to the information and communication technology supply chain.” It isn’t effectively immediately, but has a 45 day deadline.

A parallel order banned transactions with WeChat, a popular texting app in China that maintains a small user base in the US.

The move comes after months of escalating tensions, which saw Secretary of State Mike Pompeo and others at the White House warn that TikTok presented a national security threat because of its Chinese ownership. On Friday, President Trump told reporters aboard Air Force One that he was preparing to sign some sort of order banning the app.

Those efforts have been complicated by discussions of a potential sale to Microsoft. On Sunday, Microsoft CEO Satya Nadella confirmed that he had spoken with President Trump about potentially acquiring the portions of TikTok based in the US, Canada, Australia and New Zealand, although huge portions of the deal remain in flux. The company also cautioned that discussions were still tentative and “there can be no assurance that a transaction which involves Microsoft will proceed.”

Microsoft pledged to conclude discussions by September 15th, a date that has been echoed by President Trump. Trump’s new order is set to take effect 45 days after its release or September 20th — just after the deadline set for negotiations in the Microsoft deal.

In both orders, the president names the International Emergency Economic Powers Act as authority for the move, as well as the National Emergencies Act — effectively naming TikTok’s continued operation within the United States as a national emergency. Such a move is highly unusual, and will likely be subject to a legal challenge.

The executive branch has the power to levy sanctions against individuals and corporations by placing them on the “entity list,” as the US did against Huawei and ZTE last year. But such sanctions are typically put in place by the Commerce Department rather than the White House, and subject to a specific rule-making procedure that seems to have been short-circuited by the surprise executive order.

The President also has the power to force the divestiture of US companies from foreign ownership through the Council on Foreign Investment in the United States (or CFIUS). But doing so also requires a specific process that seems to have been discarded in favor of a broader executive order.

It’s unclear how the order will affect TikTok’s ability to operate in the short term. Unlike Huawei and ZTE, the company does not require licenses to to operate its network, and nothing in the order seems to require app stores to cease hosting the app. However, it explicitly covers subsidiaries of Bytedance — specifically the US-based TikTok division — and will apply to any and all financial transfers to and from those subsidiaries. As a result, TikTok is likely to seek a stay of the order in court, or be forced to abruptly discontinue services as it takes effect.