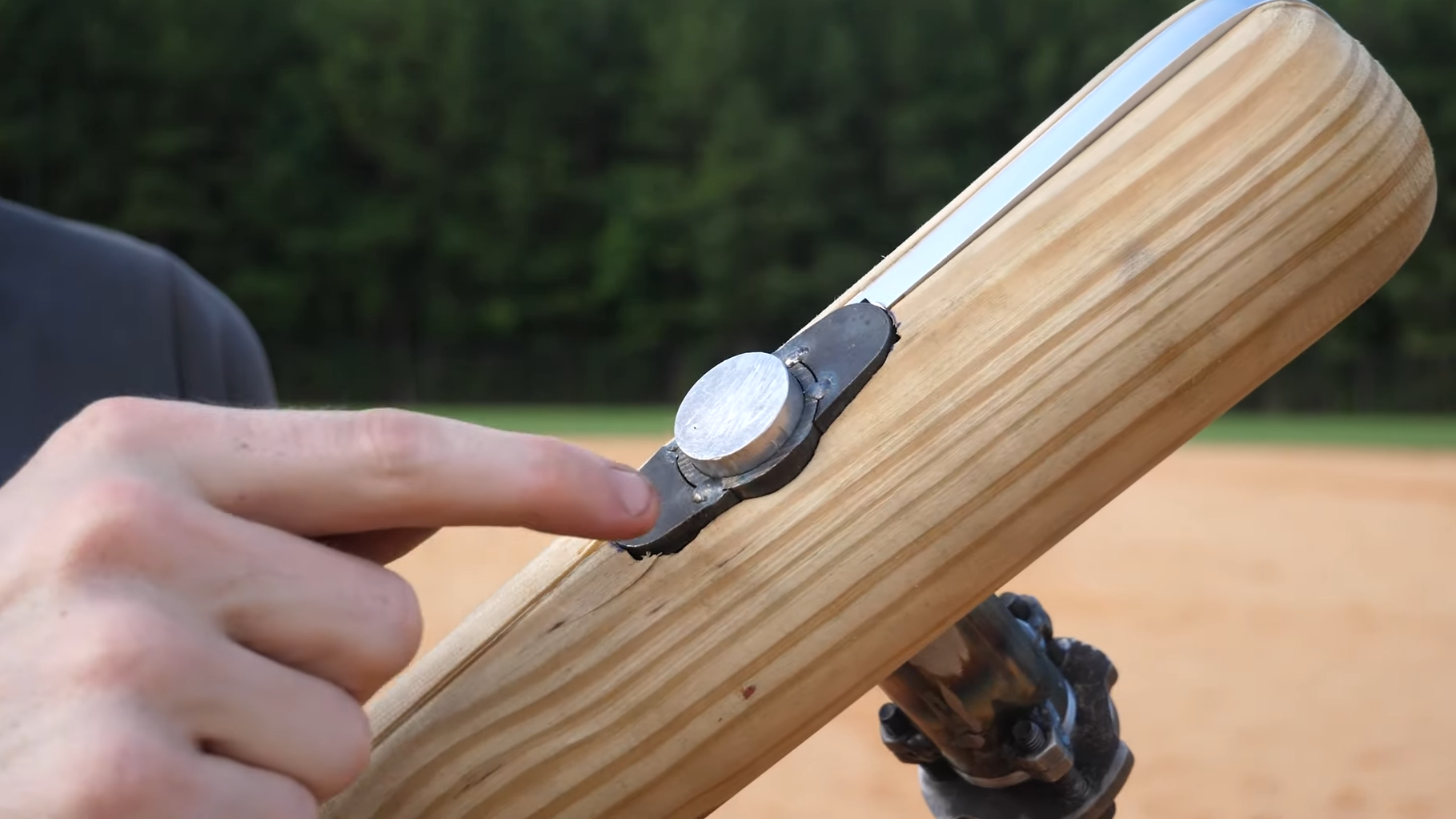 To make up for some lacking athletic ability, [Shane Wighton] of [Stuff Made Here] created a custom baseball bat with an explosive sweet spot, that almost guarantees a home run. Inside a custom machined bat, he added a piston mechanism, powered by blank cartridges intended for powder actuated nailers, that can hit a ball with impressive force.

Up to three rimfire blank cartridges are placed in the stationary side of the piston mechanism, and are fired by three firing pins on the back of the piston when a ball hits the front of the piston. The expanding gasses then drive the piston out at high velocity, hitting the ball, before it is stopped from flying out completely by a crossbar. The gasses are exhausted through the side of the sleeve, into a “muffler” machined into the front of the bat. The first time [Shane] fired the mechanism with two cartridges, it almost sheared off the stopping bar, and damaged all the other components and blew the bat apart. This led to a complete redesign, including a crossbar with urethane dampers and an aluminum muffler.

The results with the “upgrades” are pretty impressive, and a little scary. Batting distance was around 350 feet with two cartridges, hitting the ball off a tee to avoid putting a pitcher in the firing line. [Shane] did a lab test with three cartridges, which put a hole in the ball and looked like it would break the bat. He expects that three cartridges would allow him to break the home run record, but would require another redesign and will be left for a future video

We admit to being rather envious of [Shane]’s workshop, and the projects that come out of it. We’ve seen him create an all-in-one golf club, a robotic barber, and a robotic basketball hoop, to name a few.