Box benefits from digital transformation as it raises its growth forecast 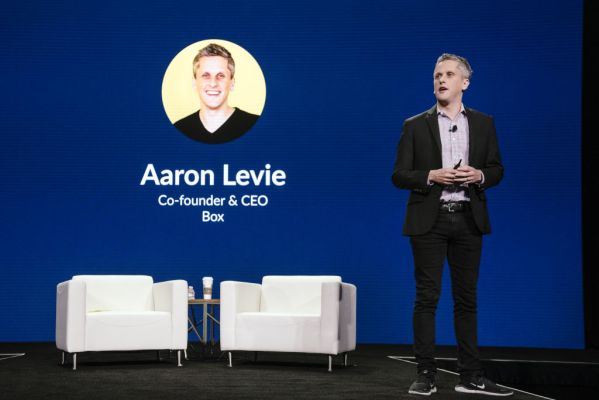 Box has always been a bit of an enigma for Wall Street and perhaps for enterprise software in general. Unlike vendors who shifted tools like HR, CRM or ERP to the cloud, Box has been building a way to manage content in the cloud. It’s been a little harder to understand than these other enterprise software stalwarts, but slowly but surely Box has shifted into a more efficient, and dare we say, profitable public company.

Yesterday the company filed its Q2021 earnings reports and it was solid. In fact, the company reported revenue of $192.3 million. That’s an increase of 11% year over year and it beat analyst’s expectations of $189.6 million, according to the company. Meanwhile the guidance looked good too moving from a range of $760 to $768 million for the year to a range of $767 to $770 million.

All of this points to a company that is finding its footing. Let’s not forget, Starboard Value bought a 7.5% stake in the company a year ago, yet the activist investor has mostly stayed quiet and Box seems to be rewarding its patience as the pandemic acts as a forcing function to move customers to the cloud faster– and that seems to be working in Box’s favor.

Box CEO Aaron Levie has not been shy about talking about how the pandemic has pushed companies to move to the cloud much more quickly than they probably would have. He said as a digital company, he was able to move his employees to work from home and remain efficient because of tools like Slack, Zoom, Okta, and yes, Box were in place to help them do that.

All of that helped keep the business going, and even thriving, through the extremely difficult times the pandemic has wrought. “We’re fortunate about how we’ve been able to execute in this environment. It helps that we’re 100% SaaS, and we’ve got a great digital engine to perform the business,” he said.

He added, “And at the same time, as we’ve talked about, we’ve been driving greater profitability. So the efficiency of the businesses has also improved dramatically, and the result was that overall we had a very strong quarter with better growth than expected and better profitability than expected. As a result, we were able to raise our targets on both revenue growth and profitability for the rest of the year,” Levie told TechCrunch.

Box is seeing existing customers and new customers alike moving more rapidly to the cloud, and that’s working in its favor. Levie believes that companies are in the process of reassessing their short and longer term digital strategy right now, and looking at what workloads they’ll be moving to the cloud, whether that’s cloud infrastructure, security in the cloud or content.

He added,”It’s not really a question anymore if you’re going to go to the cloud, it’s which cloud are you going to go to. And we’ve obviously been very focused on trying to build that leading platform for companies that want to be able to move their data to a cloud environment and be able to manage it securely, drive workflows on it, integrate it across our applications and that’s what we’re seeing,” he said.

That translated into a 60% increase quarter over quarter on the number of large deals over $100,000, and the company crossed 100,000 customers globally on the platform in the most recent quarter, so the approach seems to be working.

As with Salesforce a generation earlier, Box decided to build its product set on a platform of services. It enabled customers to tap into these base services like encryption, workflow and metadata and build their own customizations or even fully functional applications by taking advantage of the tools that Box has already built.

Much like Salesforce president and COO Bret Taylor told TechCrunch recently, that platform approach has been an integral part of its success, and Levie sees it similarly for Box. calling it fundamental to his company’s success, as well.

“We would not be here without that platform strategy,” he said. “Because we think about Box as a platform architecture, and we’ve built more and more capabilities into that platform, that’s what is giving us this strategic advantage right now,” he said.

And that hasn’t just worked to help customers using Box, it also helps Box itself to develop new capabilities more rapidly, something that has been absolutely essential during this pandemic when the company has had to react quickly to rapidly changing customer requirements.

Levie is 15 years into his tenure as CEO of Box, but he still sees a company and a market that is just getting started. “The opportunity is only bigger, and it’s more addressable by our product and platform today than it has been at any point in our history. So I think we’re still in the very early stages of digital transformation, and we’re in the earliest stages for how document and content management works in this modern era.”