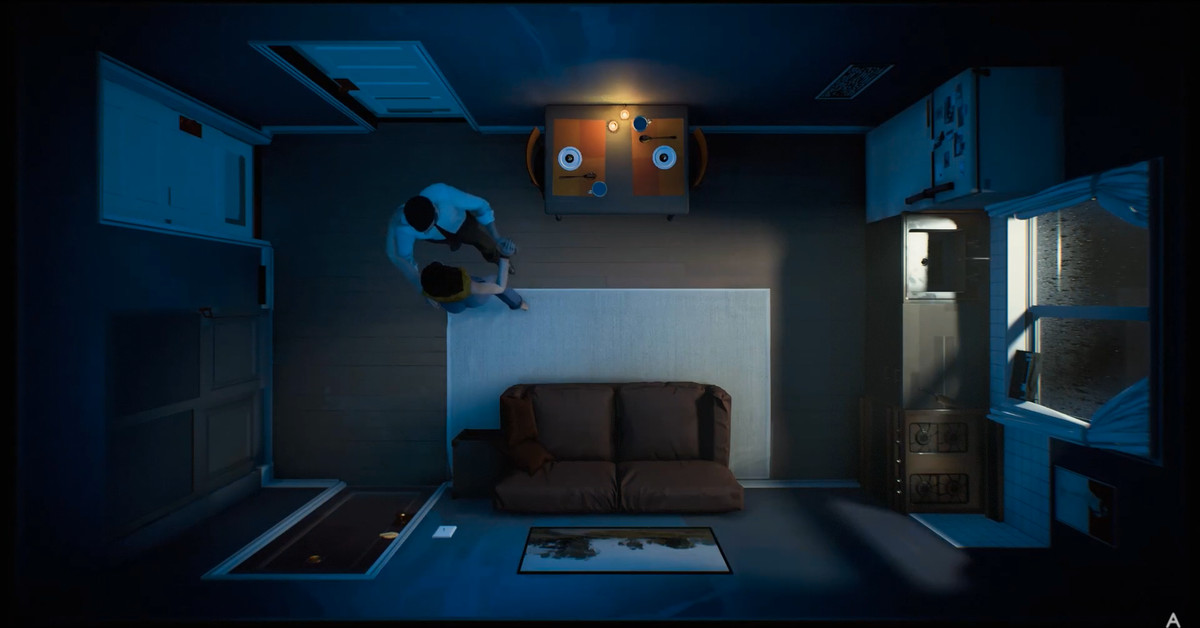 Annapurna Interactive debuted a new trailer for Twelve Minutes, which the studio describes as “an interactive thriller about a man trapped in a time loop,” at Gamescom Opening Night Live 2020. The trailer features an ominous voiceover from Willem Dafoe, and the game will also include the voice talents of James McAvoy and Daisy Ridley.

Twelve Minutes seems to take place entirely from a top-down perspective of a small apartment — much of the trailer shows a main living room, and there’s a brief shot of the two main characters in a bedroom — and you’ll be reliving a twelve-minute time loop over and over again. A tidbit on the game’s Steam page makes the game sound extremely intriguing: “Twelve Minutes blends the dream-like tension of The Shining with the claustrophobia of Rear Window and the fragmented structure of Memento.”

Developer Luis Antonio “hopes Twelve Minutes will be ready by the end of the year,” according to EW. The game will be available on Xbox Series X, Xbox One, and PC when it’s out.