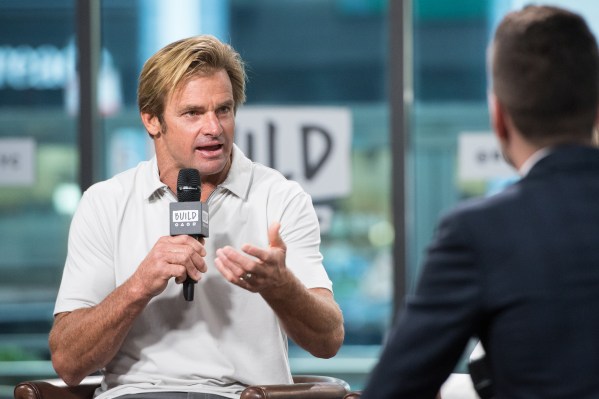 This one is unusual: Laird Superfood, a five-year-old, 100-person, Sisters, Ore.-based startup that was cofounded by famed surfer Laird Hamilton and which makes plant-based packaged beverage products, filed today to raise up to $40 million in an IPO.

We’d reported on this company early last year in large part because it had attracted backing from WeWork, the co-working company that famously made a number of bets that were very afield from its business (including a maker of wave pools) before suffering a major meltdown last fall.

In fact, according to Crunchbase, WeWork Labs provided Laird Superfood with a whopping $32 million — the bulk of the $51 million it has raised altogether, per Crunchbase. (WeWork founder Adam Neumann has said that he surfed with Hamilton in Hawaii.)

At that time, WeWork’s investment was the strangest thing about the business, a largely direct-to-consumer business that makes “superfood” coffee creamers, beverage supplements like “performance mushrooms,” and Peruvian coffee beans, among an assortment of other things like teas and hot chocolate.

This IPO may be even more curious. Founded by Hamilton and another surfer, Paul Hodge, the company is very young to be going public by today’s standards (biotech startups notwithstanding). The company booked $19 million in sales for the 12 months ended June 30, but it lost $9 million over that same period and at the rate it is spending money, including on sales and marketing, it will see a net loss of $10 million this year.

Management says it has $13.1 million in cash on hand and investments. It would have more if it hadn’t spent $7.5 million buying back Series A-1 preferred shares in November 2019 that were purchased for twice that price. (The investor that sold its shares was also relieved of its commitment to fund another $10 million. It’s easy to imagine this was WeWork but we don’t know this.) Because of that outlay, the company actually probably did pretty well last year; it just can’t state it that way.

Still, we’re a little intrigued by this one. The company’s only outside shareholder that owns more than 5% of the company is Danone Manifesto Ventures, the corporate venture arm of the global food and beverage company. It owns 13.4% of the company. Why wouldn’t Danone, which looks to have invested $10 million in the business in April, just buy out Laird Superfood outright?

It could be that there’s much more than meets the eye here (or is reflected in its S-1). We’re certainly not opposed to companies trying to go public much sooner than has been in the case in recent years. The company is probably smart to take advantage of a hot market. We’re just wondering if this food company is completely baked.

Hamilton owns 13.2% of the startup. Hodge meanwhile owns 6.4%. Canaccord Genuity and Craig-Hallum Capital Group are the joint bookrunners on the deal. No pricing terms are included in the filing.