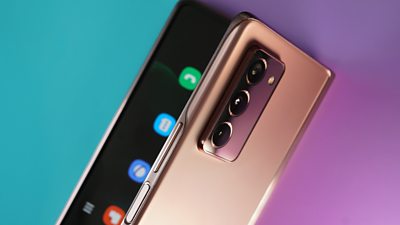 Samsung has revealed its third attempt at a folding smartphone: the Samsung Galaxy Z Fold2 5G.

Its original Galaxy Fold smartphone was delayed for several months after several early reviewers found the screens broke or were easily damaged.

BBC Click’s Chris Fox went hands-on with Samsung’s latest version to see what it had changed since its first attempt.