The Floppy Disk As A Portable Music Format 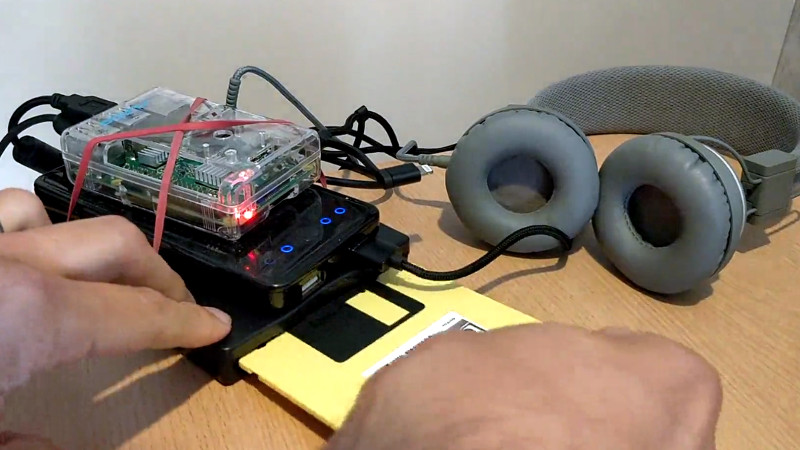 We remember the floppy disk as the storage medium most of us used two decades or more ago, limited in capacity and susceptible to data loss. It found its way into a few unexpected uses such as Sony’s Mavica line of digital cameras, but outside those who maintain and use older equipment it’s now ancient history.

Seemingly not for [Terence Eden] though, who has made a portable audio player that uses a floppy disk as its storage medium. It came about with the realization that half an hour of extremely compressed audio could be squeezed onto a standard 3.5 inch floppy, and then that the Beatles’ A Hard Day’s Night album comes in at only a shade over that time. With some nifty manipulation of the compression command line and the judicious removal of some unnecessary metadata, the album can fit on a floppy in equivalent quality to the AM radio fans would have heard it over back in 1964.

The player would have been a major undertaking when the floppy was king, but in 2020 it’s simply a USB floppy drive, a Raspberry Pi, and a battery pack. He’s given us the full instructions, and no doubt a more permanent version could be built with a 3D-printed case.

We’re fascinated by the recent trend of storing audio on floppy disks, but despite the hipster vibe, we doubt  the idea will catch on. It’s not the first floppy-based player we’ve seen, but the previous one was more of a fake player.