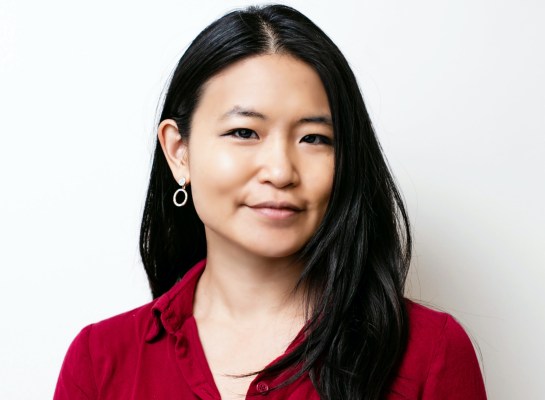 Bullpen Capital, a now 10-year-old, venture fund in Menlo Park that focuses on what it calls post-seed investing — it backs startups that have already raised up to $5 million and “aren’t quite ready for a $10 million check but another $5 million would make them dangerous,” says firm cofounder Paul Martino — just closed its fifth fund with $130 million in capital commitments.

The firm also brought aboard a new general partner: Ann Lai, formerly of Binary Capital, a firm that has since closed its doors but where Lai, who has a PhD in engineering sciences from Harvard PhD, developed a thesis  around bringing in more diverse startups from both a startup and geographic perspective — work that, it turns out, is also a prime focus for Bullpen.

In a call with both Martino and Lai earlier this week, they pointed to the startup Hemster to illustrate how both Bullpen and Lai respectively think about startups, and why, soon after Lai brought the deal to Bullpen roughly a year ago, it knew it had found its newest GP.

What the company does — on-demand tailoring — doesn’t necessarily sound on its face like a venture-like bet, either. Martino admitted that his first reaction to Lai’s pitch was: Why would we fund this?

Yet what Lai saw, and Bullpen eventually did, too, is a company positioned well to seize on the continuing shift from offline to online shopping where all manner or technologies have tried to map body types in order to guarantee a better fit for customers but Hemster, by constructing data about customers and their preferred fit, could potentially develop a portable identify for individuals in the world of digital retail.

The company has already worked with True Religion and Michael Kors to test out its technology; if all goes well, it eventually partners with many other major retailers, and “if you like how something fits based on one alteration, you’re able to find that same fit irregardless of retailer,” said Lai.

Bullpen — which is also run by GPs Eric Wiesen and Duncan Davidson — thinks it has developed an ear for startups whose proposition is likely to be overlooked by other investors, and it’s pushing that narrative aggressively.

During our chat earlier this week, Martino also pointed to FanDuel, the gaming company that sprang from Edinburgh, Scotland, cofounded by husband and wife Nigel and Lesley Eccles. “Everyone overlooked it,” said Martino. “It was the wrong location and the wrong team. I can’t tell you how any firms [we approached as coinvestors who] said, ‘Categorically, 100% percent, no husband-and-wife teams.’”

The company eventually reached a valuation of $1 billion before selling for half that amount to the Dublin, Ireland-based bookmaker Paddy Power Betfair, since renamed Flutter Entertainment. While the exit reinforces Martino’s point, it should be noted that the story doesn’t have the happiest ending. Earlier this year, FanDuel’s founders filed a lawsuit against private equity investors KKR and Shamrock Capital of squeezing FanDuel’s founders, early employees,  and its early funders out of any interest in the sports gaming site following that sale.

A far newer investment that also underscores Bullpen’s appetite for the unconventional is Sisu Cosmetics, a nearly two-year-old, Ireland-based chain of cosmetic clinics that’s expanding into the U.S., and earlier this week announced $5.5 million in Series A funding led by Greycroft and Bullpen.

Bullpen’s funds have all been similar in size, backing roughly 25 startups each; Martino said to expect the same of the firm’s new fund, which will generally invest $2 million to $4 million into rounds that are $4 million to $6 million in size.

Lai — who settled a lawsuit against Binary’s cofounders earlier this year after alleging a culture of harassment at the firm, including a requirement that female job applicants submit headshots — will now be writing a quarter of those checks.

Asked if she wanted to comment about the somewhat famous case, she said she has long moved on from it.