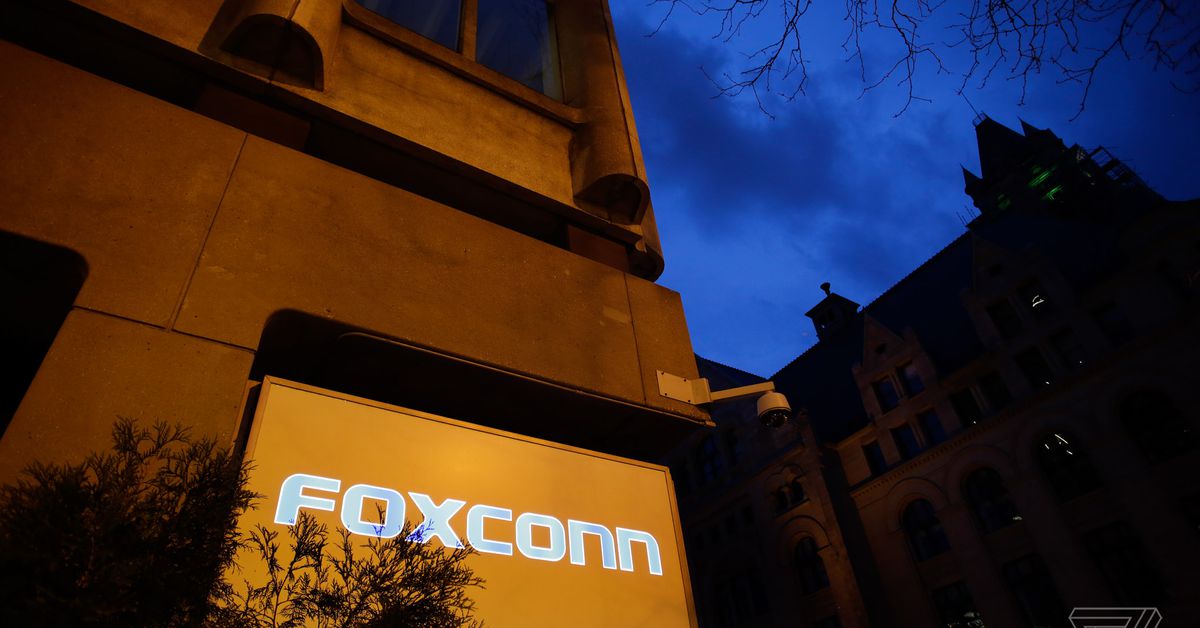 Through the many twists and turns of Foxconn’s troubled Wisconsin project, one thing has long been clear: the company is not building the promised 20 million-square-foot Gen 10.5 LCD factory specified in its contract with the state. Even before President Trump broke ground on the supposed factory in June 2018, Foxconn said it would instead build a far smaller factory than it had proposed.

The discrepancy between what Foxconn is doing and what it said it would do in its contract has only grown since then, and it has brought Wisconsin and the company to an impasse. Documents obtained by The Verge show that attempts to renegotiate that contract have so far failed, and today, the Wisconsin Economic Development Corporation (WEDC), which oversees the deal, rejected Foxconn’s application for tax subsidies on the grounds that Foxconn had not carried out the Gen 10.5 LCD factory project described in its original contract.

WEDC also noted that even if whatever Foxconn is currently doing had been eligible under the contract, it had failed to employ the minimum number of people needed to get subsidies. Foxconn needed to employ at least 520 people at the end of 2019 to receive subsidies and claimed to have hired 550, but WEDC estimated that only 281 would qualify under the terms of the contract.

Talks over the contract began in March 2019, when a Foxconn representative met with Wisconsin Gov. Tony Evers and expressed interest in revising the deal to reflect the company’s plans at the time: a smaller LCD factory, server board manufacturing, and a medical facility, all employing about 1,500 people rather than the 13,000 it had promised. But as The Verge previously reported, the company then repeatedly refused invitations from the state to begin the process of revising the contract, which would start with Foxconn submitting its new plans with updated employment and investment projections to the WEDC. New documents obtained through a records request show that Foxconn and WEDC finally entered into a settlement agreement for the negotiations in July of this year, but the settlement period expired without a deal.

Though the state has spent money on infrastructure and other expenses related to the project, this would have been the first installment of the nearly $3 billion in refundable tax credits that made up the bulk of former Gov. Scott Walker’s record-breaking subsidy package. The credits, likely to be made in the form of direct payments to Foxconn, were to be released each year after Foxconn met certain employment targets. In 2018, Foxconn needed to hire at least 260 eligible employees, and Foxconn fell so far short of that goal it didn’t apply for subsidies.

In 2019, Foxconn needed to hire at least 520 people, and the company’s submission to WEDC showed 550 employees at the end of the year. But WEDC estimates that only 281 of these employees would likely be eligible under the terms of the contract. WEDC’s response notes that this is an initial estimate and that a full verification was unnecessary given the project itself was not eligible under the contract. It did not say why the other employees Foxconn submitted were ineligible, however, a large number of them were hired in the final weeks of the year, and Foxconn would have had to pay them in 2019 for them to be eligible. Employees could also be ruled ineligible if they made less than $30,000 per year or were not based in Wisconsin.

But the larger problem is that those employees weren’t working on the project described in the contract. The instructions WEDC included for Foxconn’s subsidy application repeatedly refer to the definition of the project in the original contract: a larger Gen 10.5 factory. Furthermore, as part of the third-party audit conducted by Deloitte for the subsidy process, WEDC included a survey of employees asking what projects they were working on. (Documents show Foxconn initially objected to this question but later acquiesced when the language was changed.) Answers included working on the globe Foxconn is building, developing office software, and making circuit boards, but none, unsurprisingly, mention a Gen 10.5 LCD factory.

“The Recipients are ineligible for tax credits because of their failure to carry out the Project,” WEDC wrote in its letter to Foxconn, quoting the passage defining the project as a Gen 10.5 in the original contract. “The fact that the Recipients have neither built, nor started to build or operate, the required Generation 10.5 TFT-LCD Fabrication Facility (the “10.5 Fab”) is not in dispute. The Recipients have acknowledged that they have no formal or informal business plans to build a 10.5 Fab within the Zone, and WEDC and the State of Wisconsin have corroborated that fact from observation, evaluations, and from industry experts hired to provide consulting services.”

The issue of factory type is more than a technicality. The state’s economic impact analysis was predicated on an enormous factory rapidly scaling up to employing 13,000 people and tapping into local supply chains. This hasn’t happened. In Foxconn’s original WEDC application, the company said it would invest $3.3 billion by the end of 2019. Its 2019 subsidy application shows it has invested only $280 million. (For unclear reasons, WEDC’s estimate in its response shows approximately $300 million, but either way, it is less than 10 percent of Foxconn’s target.)

Furthermore, the scale and pace of Foxconn’s original promise were built into the contract and would have become a problem for Foxconn even if WEDC had approved this round of subsidies. At the end of this year, Foxconn would need to employ at least 1,820 people, a number it is nowhere near reaching. By 2023, if it doesn’t maintain at least 5,850 employees — more than it has said a Gen 6 would employ — WEDC would be in the position of clawing back any subsidies it had awarded before then, a potentially expensive and litigious process.

What happened in the contract negotiations is shielded from disclosure by the settlement communications agreement, but a document from before the settlement period describes WEDC’s position. “The state’s goal of the Foxconn deal was to create many manufacturing jobs, paying family sustaining wages,” WEDC CEO Melissa Hughes wrote in February to another WEDC official prior to a meeting with Foxconn. But if WEDC ignores the factory discrepancy and pays the subsidy, Hughes wrote, it could be prevented from clawing them back when the 10.5 never appears and Foxconn fails to hit its job targets. The “relatively simple” solution was to cut “Gen 10.5” from the contract and replace it with “an undefined set of ‘advanced manufacturing’ projects,” Hughes wrote.

The original contract’s (very lucrative) incentive amounts would remain, but payments would be held in escrow for the first six years of the project. The employment targets would be scaled down to reflect the 5,200 people Foxconn had said a Gen 6 would employ, which Hughes described as “the real carrot for Foxconn.”

Whether denying the tax subsidy will bring Foxconn back to the table is unclear. In a letter accompanying its rejection, Hughes repeated her openness to revising the contract.

“I have expressed to you my commitment to help negotiate fair terms to support Foxconn’s new and substantially changed vision for the project,” Hughes wrote. “When we met in early June, you personally shared with me Foxconn’s interest in a different type of incentive contract to support Foxconn’s plans in Wisconsin. We have worked with your team to explore those opportunities, and while our efforts have been unsuccessful to date, I want to be clear that my commitment to find a path forward remains steadfast. You and Brand Cheng have asked for our help, and WEDC’s door remains wide open to support your business expansion in Wisconsin.”

Foxconn did not immediately respond to a request for comment.