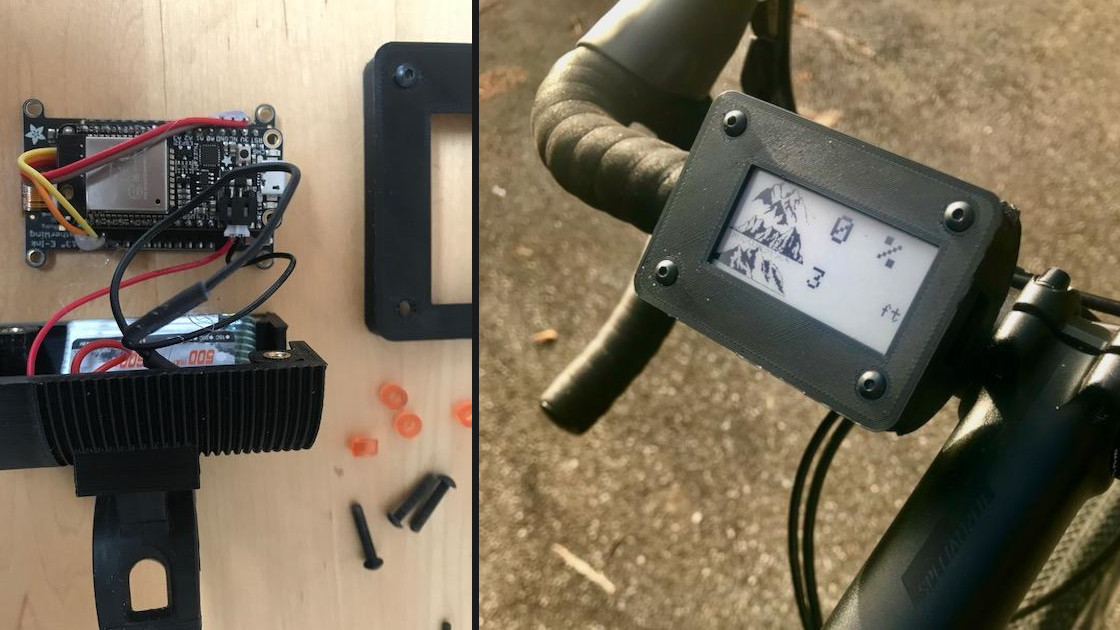 The internet is full of self-proclaimed challenges, ranging from some absolutely pointless fads to well-intended tasks with an actual purpose. In times of TikTok, the latter is of course becoming rarer, as a quick, effortless jump on the bandwagon is just easier for raising your internet points. Cyclists on the other hand love a good challenge where they compete with one another online, testing their skills and gamifying their favorite activity along the way. One option for that is Everesting, where you pick a hill of your choice, and within a single session you ride it up and down as many times it takes until you accumulated the height of Mount Everest on it. Intrigued by the idea, but not so much its competitive aspect, [rabbitcreek] became curious how long it would take him to reach that goal with his own casual bicycle usage, so he built a bicycle computer to measure and keep track of it.

While the total distance and time factors into the actual challenge, [rabbitcreek]’s primary interest was the accumulated height, so the device’s main component is a BMP388 barometric pressure sensor attached to a battery-powered ESP32. An e-paper display shows the total height and completed percentage, along with some random Everest-related pictures. Everything is neatly packed together in a 3D-printed case that can be mounted on the bicycle’s handlebar, and the STL files are available along with the source code in his write-up.

Of course, if you’re actually interested in the challenge itself, you probably have an assortment of sports tracking equipment anyway, but this is a nice addition to keep track as you go, and has a lower risk of ransomware attacks. And in case [rabbitcreek] sounds like a familiar name to you, he’s indeed become a Hackaday regular with his environmental hacks like the tide clock, a handheld particle sniffer, or logging temperatures in the Alaskan wilderness.