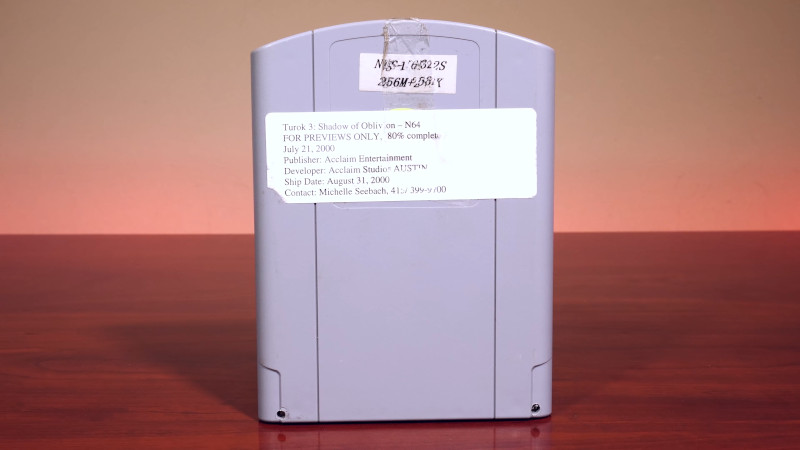 Retro gaming enthusiasts have always had great interest in rarities outside the usual commercial titles. Whether they be early betas, review copies, or even near-complete versions of games that never made it to release, these finds can be inordinately valuable. [Modern Vintage Gamer] recently came across a pre-release version of Turok 3 for the Nintendo 64, and set about dumping and preserving the find. (Video, embedded below.)

With one-off cartridges like these, it’s important to take the utmost care in order to preserve the data onboard. Simply slapping it into a regular console might boot up the game, but carries with it a non-zero chance of damaging the cart. Instead, the first step taken was to dump the cart for archival purposes. When working with a prototype cart, commodity dumpers like the Retrode aren’t sufficient to do the job. [Modern Vintage Gamer] notes that a Doctor V64 or Gameshark with a parallel port could work, but elects to use a more modern solution in the form of the Ultrasave and 64drive.

With the cartridge backed up and duplicated onto the 64drive, the code can be run on a real console without risk of damage to the original. At first glance, the game appears similar to the final retail version. Analysis of the dump using a file comparison tool suggests that the only differences between the “80% Complete” ROM and the retail edition are headers, leading [Modern Vintage Gamer] to surmise that the game may have been rushed to release.

While in this case the dump didn’t net an amazing rare version of a retro game, [Modern Vintage Gamer] does a great job of explaining the how and why of the process of preserving a vintage cartridge. We look forward to the next rare drop that shakes up the retro world; we’ve seen efforts on Capcom arcade boards net great results. Video after the break.