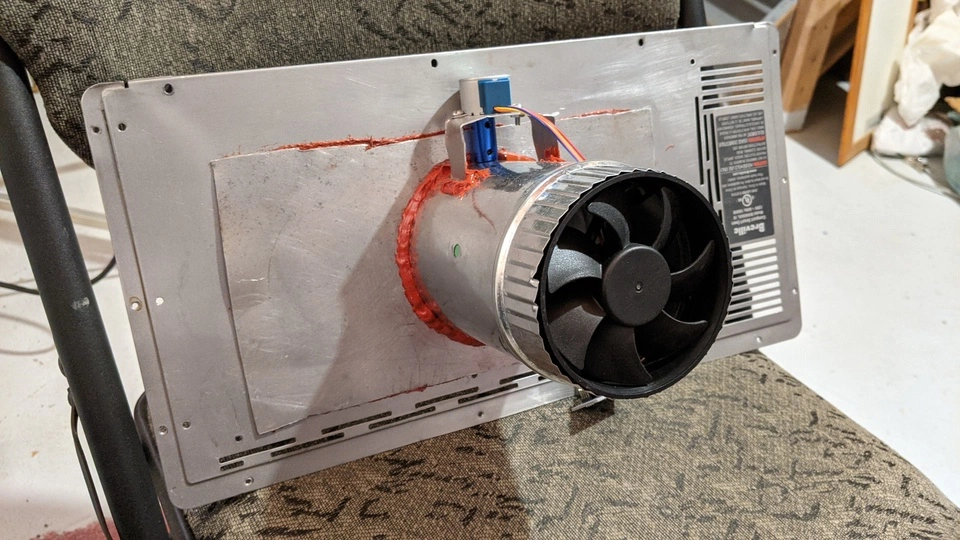 With reflow soldering, sometimes close is good enough. At the end of the day, the home gamer really just needs a hot plate or an old toaster oven and a calibrated Mark I eyeball to get decent results. This exhaust fan-equipped reflow oven is an attempt to take control of what’s perhaps the more challenging part of the reflow thermal cycle — the cool down.

No fan of the seat-of-the-pants school of reflow soldering, [Nabil Tewolde] started with a cast-off toaster oven for what was hoped to be a more precise reflow oven. The requisite temperature sensors and solid-state relays were added, along with a Raspberry Pi Zero W and a small LCD display. Adding the cooling assist started by cutting a gaping hole cut in the rear wall of the oven, which was then filled with a short stretch of HVAC duct and a stepper-controlled damper. The far end of the duct was fitted with a PC cooling fan; while it seems sketchy to use a plastic fan to eject hot air from the oven, [Nabil] says the exhaust isn’t really that hot by the time it gets to the fan. At the end of the reflow phase of the thermal profile, the damper opens and the fan kicks on, rapidly cooling the oven’s interior.

Unfortunately, [Nabil] still needs to crack open the oven door to get decent airflow; seems like another damper to admit fresh air would help with that. That would complicate things a bit, but it still wouldn’t be as over-the-top as some reflow builds we’ve seen. Then again, that calibrated eyeball thing can work pretty well too, even without a toaster oven.