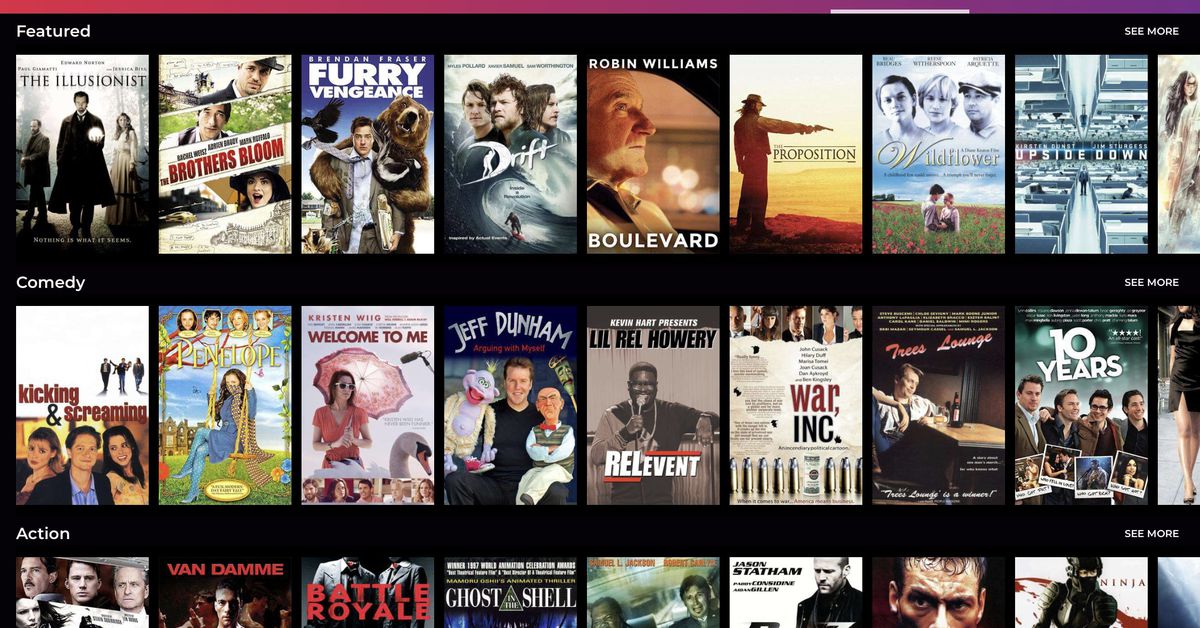 Redbox is still best known for its red kiosks for renting DVDs and Blu-rays, but free streaming and its digital rental service now allow the company to reach customers who might not have a kiosk in their area or don’t own a DVD or Blu-ray player.

The selection in Free On Demand lacks some of the big blockbusters and classics that you might expect from a streaming service, but there are a few notable cult hits. You can currently watch director Rian Johnson’s second film The Brothers Bloom, a dubbed version of the cyberpunk anime Ghost in the Shell, and Kicking and Screaming, the feature debut of Noah Baumbach.

Redbox’s service joins several other free streaming options like Pluto TV and Tubi in what’s quickly becoming a crowded market. Other than a connection to Redbox’s brand name and a theoretically curated catalog, there’s not a clear difference between Free On Demand and any other ad-supported streamer. But if you have the Redbox app already downloaded, you now have a new avenue for free content.

Free On Demand is currently available in the Redbox app on the iOS, Android, Android TV, Roku, and Vizio SmartCast platforms. The service will come to more devices like Xboxes and Samsung TVs soon.