Random Numbers From A Smoke Detector 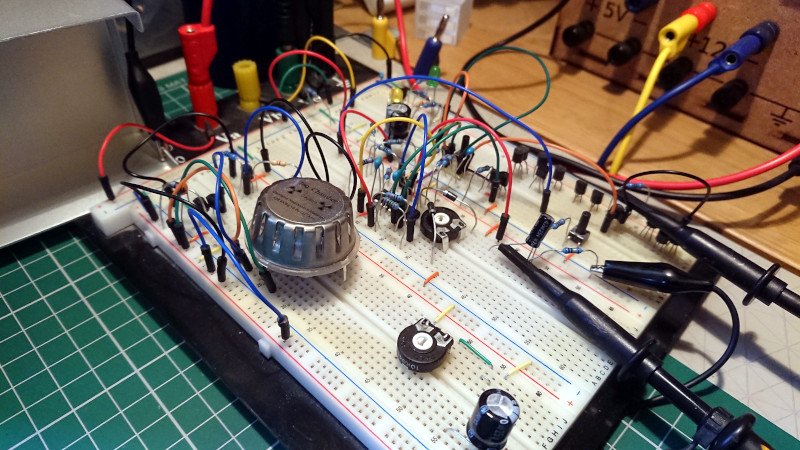 The quest for truly random numbers is something to which scientists and engineers have devoted a lot of time and effort. The trick is to find an unpredictable source of naturally occurring noise that can be sampled, so they have looked towards noisy gas discharge tubes or semiconductor junctions, and radioactive decay. Noisy electrical circuits have appeared in these pages before as random number generators, but we’d be forgiven for thinking that radioactive decay might involve something a little less run-of-the-mill. In fact we all probably have just such a device in our houses, in the form of the ionisation chamber that’s part of most household smoke detectors. [Lukas Koch] has built a project that shows us just how this can be done.

A smoke detector of this type uses a metal shell to house a tiny sample of radioactive americium that emits alpha particles into the space between two electrodes. These ionise the air in that space, and the detectable effect on the space between the two electrodes is increased when ionised gasses from smoke are present. However it can also quite happily detect the ionisation from individual alpha particles, which means that it’s perfect as a source of random noise. A sensitive current amplifier requires significant shielding to avoid the device merely becoming a source of mains hum, and to that end he’s achieved a working breadboard prototype.

This is still a work in progress and though it has as yet no schematic he promises us that it will arrive in due course. It’s a project that’s definitely worth watching, because despite getting more up-close and personal than most of us have with radioactive components, it’s one we’re genuinely interested to see come to fruition.

Of course, we’ve seen smoke detectors in more detail before here at Hackaday.